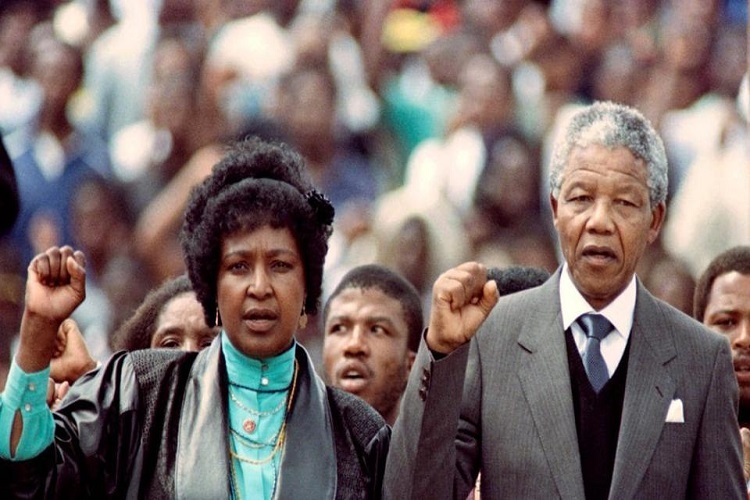 It is undoubtedly, with those of his release, one of the most known images of Nelson Mandela: the South African president dressed in the jersey and the cap of the Springboks, hero of rugby and the white part of Southeastern society. African, during the presentation of the trophy, the captain of the 1995 world champion team. Nelson Mandela, elected a few months earlier president of South Africa, had proven how much he had grasped the impact of sport at the hour when its global media coverage took shape.

A sport to which some have attributed a role in the fall of apartheid, especially with regard to rugby. A role that was sometimes ambiguous: apartheid was undoubtedly undermined by repeated boycotts, but certain leaders also believed in the virtues of the policy of the outstretched hand. Albert Ferrasse , for example, the former president of the French Rugby Federation and the International Rugby Board (IRB), who died in 2011, who continued to practice it in the direction of his friend Danie Craven , president of the South African rugby federation, with which he outlined the beginnings of the World Cup, born in 1987.

Under the yoke of apartheid, which he condemned mezzo voce, Craven, a former international in the Springboks, had not hesitated, on various occasions, to defy the authorities of his country. With the small complicity of Albert Ferrasse whose actions in this area were often contested in France,

“I remember being summoned to the Castle by Jean Minister of Foreign Affairs from 1978 to 1981, note], who claimed to forbid me to bring the South Africans to play in France, it was in full apartheid. Well, I replied, “No problem, we will go.” And we went there. I took a black player with us, Roger Bourgarel. I remember, he scored a try and the blacks invaded the field so they were happy.

We went to play in Soweto, in the middle of apartheid country. This is how the World Cup was launched, through this trip to South Africa. The English, of course, they preferred to stay among themselves, in their little cocoon, to play against Wales or Scotland. Well, we didn’t give up. The English, I always said to them: “I admire you, but I don’t love you.” »

Several times, Craven, admonished by the authorities of his country because of his desire to create a multiracial South African team, but respected because of his past as champion, and Ferrasse had thus managed to advance their pawns on a ground rugby has become, in a way, a small chessboard of international relations.

In 1980, France, with Serge Blanco in its ranks, faced for example a multiracial selection in Bloemfontein, the legal capital and the bastion of apartheid. In 1990, while this regime of exclusion was dying, the same Ferrasse, in his capacity as president of the IRB and always quick to play at the opening, had been received by Frederic de Klerk in order to throw, already, the basics of organizing the 1995 Rugby World Cup.

In a way, five years later, Nelson Mandela superbly transformed the test by taking up the 먹튀 balloon in an attempt to unify the rainbow nation during the first post-apartheid world event organized on its lands. Illustrated by Invintus, the (very average) film by Clint Eastwood, this moment of sport was a way of turning more or less definitively the page of eighty years of dark history during which the country, since the first racial laws of 1913, had banished the international community.

“Sport has the power to change the world, the power to inspire, the power to unite people like few other activities can do,” explained Mandela. He speaks to them in a language they understand. Sport can bring hope where there was despair. It is an instrument in the service of peace, even more powerful than governments. It breaks down racial barriers. He laughs at all forms of discrimination. The heroes that sport generates illustrate this power. They are courageous, not only in the practice of their sport but also within their community, communicating hope and enthusiasm to the whole world. ”

In 1996, South Africa hosted the African Cup of Nations, then the Cricket World Cup in 2003 before, crowning of this “sports diplomacy”, to organize the Football World Cup in 2010, which offered to the old head of state his last big public outing. And one day, which is not so far away, the Olympic Games will take place there: candidate in 2004, Cape Town had been eliminated in the penultimate round by Athens, finally chosen, and by Rome.