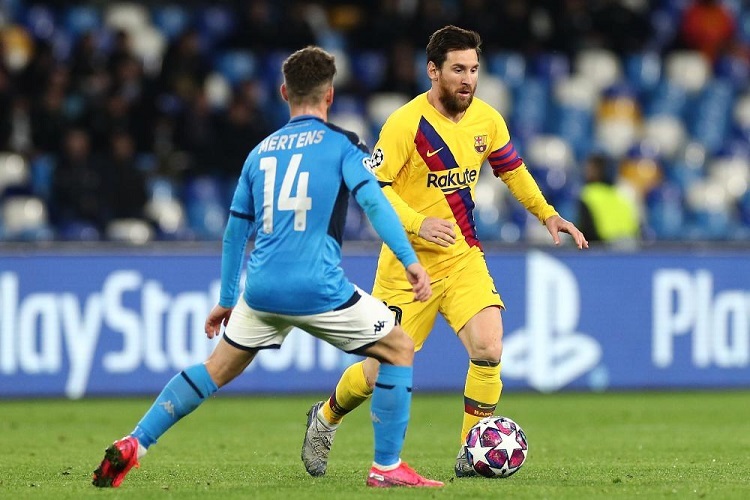 How COVID-19 affected the betting and sports world?

Fortunately, football has already returned at least to our TV screens. I thought it would have never happened to watch anything different than Belarusian matches. Currently, the English Premier League, Spain LaLiga, Italy Seria A offer plenty of spectacular matches every day for the fanatic football fans all over the world. Luckily, the majority of them are full of many goals and breath-taking moments. It seemed that the players also dreamed of the moment they step on the pitch. However, the current pandemic crisis has affected not only economic life but also those of sports and betting. As a consequence, one should not expect to see many 100+ million signings throughout the summer transfer window. Most of the clubs will focus on hiring players with expiring contracts or such from relegated teams which price will be decreased significantly. It is not a surprise that clubs like Liverpool and Barcelona will look for affordable bargains rather than multi-million mega transfers. The betting world has been affected seriously as only Belarus, Nicaragua, Burundi and Tajikistan did not stop their championship during the heyday of the crisis. Some of the websites for football betting predictions as All football predictions continue to post their expert opinions about the daily matches. Bookmakers used to fill their programs with virtual sports, Counter-Strike tournaments, and other PC games. So, that was a huge step away from the core of the betting. The situation slightly improved throughout the last two months and now it seems the best time for placing your sure bets and get lucrative profits.

What is the current situation in the top 3 major leagues in Europe?

In general, the last rounds of any championships are the ones that are the easiest to be predicted. As most of the teams have already defined their goals till the end, you can easily predict their behavior, motivation, and level of enthusiasm against teams that play for nothing. Let’s have a look at what the situation in the major top 3 leagues of Europe is and try to find some teams which should be observed in detail till the end. Now is the best time for recording some fast profit placing your sure bets without hesitation:

English Premier League – the champion is clear, so does the 2nd place in the table. Anyway, there are many teams involved in the battle for the top 4. All Leicester, Chelsea, and Manchester United have equal chances to finish in the Champions League zone. Unfortunately, these three times will take only 2 places. All of them made some recent mistakes, so the last 3 rounds will be breath-taking and mandatory to watch by every EPL hardcore fan. You can place your sure bets there. It is sure that these matches will be full of goals and attacking football as any of the three teams will hope for a wrong turn on behalf of the others. The battle for the Europa League is thought to be unpredictable as well. Wolves, Tottenham, Arsenal, Sheffield United will also wait for their chances for late breakthroughs. The situation at the bottom still remains unknown as the team currently placed in the relegation zone – Aston Villa, Bournemouth have their chances to occupy the places of West Ham and Watford. Watch in detail these teams and try to figure out the best prediction for your sure bets;

Italy Seria A – perhaps Juventus will lift the title for a consecutive time in a row but that will be the most unconvincing of their titles at all. Juventus was totally outplayed by Atalanta a few days ago, failed to beat Sassuolo, and missed to get 3 points against Milan after a comfortable lead of 2 goals. There is nothing so impressive that is going to happen in the top 4 as all the teams already there – Juventus, Lazio, Inter and Atalanta will keep their places for sure. You can place your sure bets on Atalanta as their performance since the renewal of the Seria A is quite impressive. There will be more suspense in the battle for Europa League as all Roma, Milan, and Napoli have equal chances to get the places. You can be sure that your bet will be winning if you follow the performance of Milan in detail. At the bottom, Brescia and Spal have higher chances for relegation while Lecce, Genoa and Torino will fight till the very end to keep their elite status;

Spain LaLiga – two more rounds till the end of LaLiga. Real Madrid has a comfortable lead on the top of the table. Barcelona should win their remaining matches and hope for mistakes by Real Madrid. Anyway, Real will lift the title at the end with a 95% probability. Atletico Madrid and Sevilla also should keep safe that they will participate in the Champions League next season. The battle for Europa League again seems quite tough – Villarreal, Getafe and Real Sociedad are in better positions but they should be quite aware of some good final runs of Bilbao, Valencia and Granada. Espanyol already relegated, how pitty. Leganes and Mallorca have small chances for skipping the relegation as well. You’d better focus on the teams fighting for Europa League.

Some hidden tips by Allfootballpredictions

Our long-term experience has shown that the last rounds of any championship are the best time for recording some fast cash. Of course, you should be quite aware of any hidden risks but if you evaluate the situation in detail, the chance for seeing your bank account blinking in dollar-green is pretty high. The team of Allfootballpredictions offers you some hidden tricks on how to take advantage of this situation. It is sure that you will be on the winning side if you bet wisely:

learn the format of the league and the requirements for equal points standings – there are tournaments when two teams end with equal points, the tie-breaker is the goal-difference (English Premier League, German Bundesliga). But there are tournaments (Spanish LaLiga) where one team could finish with +70 goal difference and the other ends with +50 but the latter could be named the new champion due to better H2H statistics. Be aware of that information and try to exclude matches that are non-sense;

pick the best prediction for any match – sure bets could easily be found in the last rounds. Observe a particular match and try to figure out what each team needs. You may easily pick an “under” if both teams need a point to keep their places. Quite the opposite, if the 3 points are the only way out, you can bet on BTTS (Both Teams to Score) or an “over”;

choose an adequate service to increase your potential profit even more – if you somehow fail to find a suitable game and its respective prediction, then it would be a better idea to trust the services of football tipster. Allfootballpredictions offers a great variety of services such as Our Sure Bet, Btts tips, 1×2 betting tips, singles and combos and many more.