Home Cycling How Carbon Fiber Bicycle Frames Are Made
Facebook 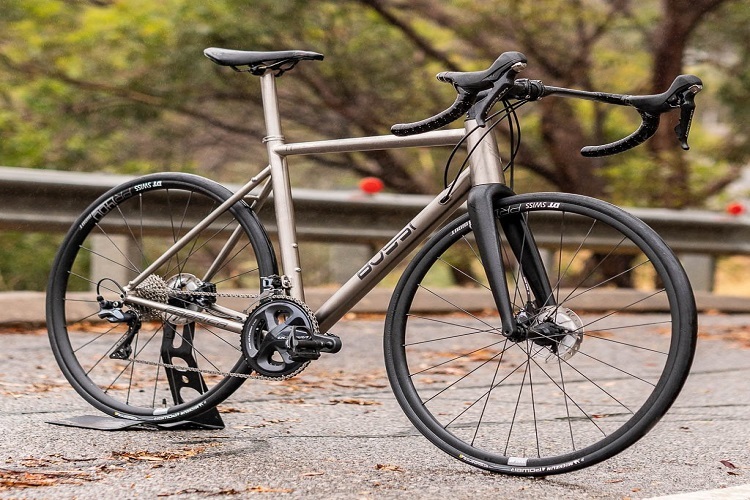 Carbon fiber bike frames have taken over the cycling world. They are very rigid, very tough, and lighter than aluminum. Carbon fiber also looks pretty cool, too. If you own a carbon fiber bike, have you ever wondered how it was made? The process is both complicated and simple at the same time.

Understand that the finished pieces that constitute the frame of your bike are made by combining some form of carbon fiber with an epoxy resin. The combined materials are cured with heat and pressure to create what the industry refers to as a carbon fiber reinforced plastic (CFRP).

The big question is how manufacturers create tubes that become carbon fiber bike frames. There are a couple of ways to do it. Manufacturers can use a manual layup process for something known as filament winding.

Manual layups are not the preferred method for making carbon fiber tubing because there are other processes that are simpler and easier. Nonetheless, a small bike shop specializing in customized carbon fiber frames may not have space or money to invest in fabricating equipment. They may choose to employ the manual layup process instead.

Multiple layers of carbon fiber fabric are impregnated with resin and then wrapped around the mandrel. When the desired thickness is achieved, the layup can be cured in place or put inside a mold into which additional resin can be pumped. At any rate, the tubes are ready to work with once they have fully cured.

Rock West Composites out of Salt Lake City, Utah says that the most common way to create carbon fiber tubing is with filament winding. This process involves a much larger mandrel around which individual threads of carbon fiber are wound. As the material passes down the mandrel, it also passes through an epoxy bath and a curing oven.

Once you have tubes, they have to be assembled to make the bike frames. Tubes of the same diameter are selected and cut to size. Then they are machined to fine-tune them. Finally, the tubes are glued together in the same way aluminum tubes would be welded together.

Glue is specially formulated to bond the two carbon fiber surfaces to create a single piece after curing. Again, it is similar to how the welding process melts metal in order to fuse it together. You do not have to worry about glued carbon fiber pieces coming apart any more than you worry about a solid weld separating.

From there, it is a matter of attaching the forks, gears, pedals, wheels and so forth. Carbon fiber tubes can be drilled, cut, and otherwise machined to accommodate the mechanics of the bike. The finished product will look and act like a bike in every way.

Getting Out and Enjoying the Sunshine on a Bike More Often